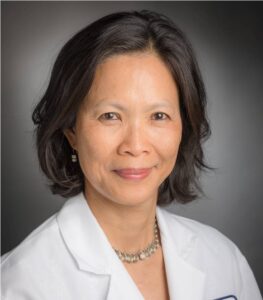 Dr. Sook-Bin Woo is an associate professor in the Department of Oral Medicine, Infection, and Immunity. She has been a professor at Harvard School of Dental Medicine and Harvard Medical School since 2008. She graduated with a BDS from Singapore University in 1980, worked one and a half years as a general dentist and oral and maxillofacial surgery resident before moving to the United States. She received her MS in oral pathology from Indiana University in 1984 and completed a fellowship in head and neck pathology at Long Island Jewish Medical Center in 1986. She then obtained her DMD from the Harvard School of Dental Medicine and further training in oral and maxillofacial pathology, receiving her MMSc degree in 1991. She became board certified in oral and maxillofacial pathology in 1991 and became an associate pathologist at Pathology Services Inc. (now StrataDx Inc).

Dr. Woo is the graduate program director for the Oral and Maxillofacial Pathology specialty training program. The biopsy service of the Harvard School of Dental Medicine operates via a formal affiliation with StrataDx Inc, where Dr. Woo serves as Co-Director for the Center for Oral Pathology. Dr. Woo became board-certified in Oral Medicine in 2003 and sees patients in consultation at the Division of Oral Medicine and Dentistry at the Brigham and Women’s Hospital.

Dr. Woo has served on the Fellowship Committee and Executive Council of the American Academy of Oral and Maxillofacial Pathology and on the board of the American Academy of Oral Medicine where she was President of the Board from 2014 to 2015. She has published numerous scholarly papers, book chapters and an Atlas of Oral Pathology (now in its second edition), and is reviewer for many journals. She is a sought-after speaker at many national and international conferences. Dr. Woo has received the National Research Service Award from the National Institutes of Health from 1988 to 1991, and the American Cancer Society Career Development Award from 1994 to 1997, among other honors. In 2012, she received the Distinguished Senior Faculty Award from the Harvard School of Dental Medicine.

This speaker has disclosed the following: Research grant from Bristol Myers Squibb and royalties from Elsevier.
Speaker Discloser Mitigation: All reported relevant conflicts of interest have been mitigated by the organizing committee as of 11/15/2021 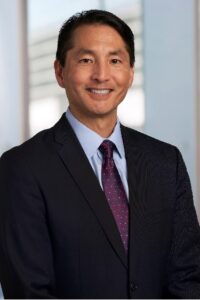 Dr. Rex Marco obtained his degree in biological sciences at UC Irvine and then graduated medical school at UCLA. He then completed an orthopedic surgery residency at UC Davis and fellowship training in Musculoskeletal Oncology at Memorial Sloan Kettering Cancer Center and in Reconstructive Spine Surgery at Rush-Presbyterian-St. Luke’s Medical Center in Chicago. He began his academic career at MD Anderson Cancer Center followed by a few years in private practice and nearly a decade at the University of Texas Medical School in Houston. He then became the Vice Chairman of orthopedic surgery at Houston Methodist Hospital where his surgical career was tragically shortened when he broke his neck in a mountain bicycle accident and was paralyzed from the neck down. He is currently the Chief Medical Ambassador for the Christopher and Dana Reeve Foundation where he also serves on the quality-of-life grants committee and advocacy committee. Dr. Marco has always sought to be the best father, physician, surgeon and teacher that he could be. He is known to be creative and transformative in his practice and teachings but says that his real transformation came when he was forced into recovery when he experienced difficulties related to his severe codependency. He will be sharing his story of recovery “When Life Takes Your Breath Away.” 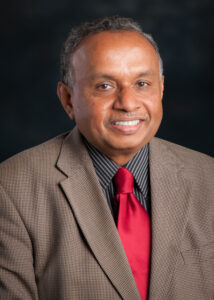 Dr. Nadarajah Vigneswaran (Viggie) is Professor at the Department of Diagnostics and Biomedical Sciences at the UTHealth school of Dentistry at Houston (UTSD-H). He holds joint appointments in the Department of Stem Cell Transplantation and Cellular Therapy at the M.D. Anderson Cancer Center as a Clinical Professor and in the Department of Pathology at the UTHealth McGovern Medical School as an Adjunct Professor. He directs the Oral and Maxillofacial Pathology diagnostic biopsy service laboratory and residency program in oral and maxillofacial pathology at the UT Health School of Dentistry at Houston.

He is an oral and maxillofacial pathologist who is involved in the diagnosis and management of patients with various oral mucosal disorders. He directs the UTSD-Houston Oral and Maxillofacial Pathology Biopsy service, which process approximately 5,000 cases per year, and is one of the largest biopsy services for the dental profession in this country.

He is actively involved in both clinical and laboratory-based research related to oral cancer and its precursors. His clinical research focuses on evaluating non-invasive diagnostic devices for early diagnosis of oral cancer and its precursor lesions. His basic research involves the development of experimental animal models for pre-clinical testing of molecular targeted diagnostic imaging and therapy. He has more than 130 peer reviewed scientific publications in high-impact journals and 8 chapters in medical and dental textbooks. He has been an invited presenter for national and international research conference and received over $ 10 million in grant funding from Federal (NIH), State (CPRIT) and Local (UTHealth CTSA Consortium) as a principal- and co-investigator. 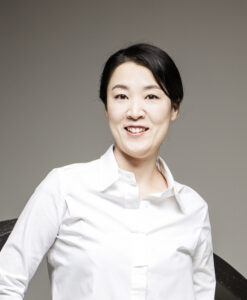 Dr. Soo Jung Kim, MD, PhD is an Associate Professor in the Department of Dermatology and the Program Director for the Dermatology Residency Program at Baylor College of Medicine in Houston Texas. Dr. Kim is also the Co-director of the Resident Rapid Access Clinic and Co-director of dermatology course for medical students at Baylor College of Medicine. She completed a PhD in Microbiology at Northwestern University and then attended medical school at Chicago Medical School in Chicago IL. Dr. Kim completed an internship in Internal Medicine at Mount Sinai Beth Israel in New York City and subsequently, a Dermatology Residency at University of Pittsburgh Medical Center. Dr. Kim worked as a clinical instructor and the Co-director for consultation services at Mount Sinai Hospital, NY. Then, she continued her academic career as an Assistant Professor of Dermatology at Texas Tech Health Sciences Center in Lubbock Texas before she joined Baylor College of Medicine.

Through her active and high-volume clinical practice, she has developed strong clinical diagnostic skills for complex dermatologic diseases and manages patients in a variety of different work and cultural environments. Additionally, with her PhD background, she continues to research dermatologic diseases, ranging from retrospective studies of isotretinoin for adult acnes to novel biologics for psoriasis in clinical trials. Her academic interests include complex dermatological cases, eczema, and psoriasis. Dr. Kim’s professional memberships include, American Academy of Dermatology (AAD), Women’s Dermatologic Society, Association of Professors of Dermatology, Texas Dermatological Society, and Society of Dermatology Hospitalists. 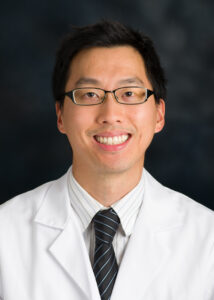 Dr. Jonathan Shum was born in London, Ontario, Canada. He earned a Bachelor of Science Degree from the University of Western Ontario, Canada, in 2001 and a Doctor of Dental Surgery (DDS) degree from the University of Toronto, Canada in 2005. He completed an internship year in Oral and Maxillofacial Surgery (OMS) at Henry Ford Hospital in Detroit in 2006 and transitioned into an integrated OMS residency at the New York Presbyterian Hospital and Weill Cornell Medical College in 2011. The integrated OMS residency included the achievement of a Doctorate of Medicine (MD) and the completion of a General Surgery internship year. Subsequently, Dr. Shum furthered his training and experience by completing two clinical surgical fellowships in oral, head and neck oncology and microvascular reconstruction at Providence Portland Medical Center, in Portland, Ore. from 2011-2012 and at the University of Maryland Medical Center in Baltimore from 2012-2013. He is certified by the American Board of Oral and Maxillofacial Surgeons and is a Fellow of the American College of Surgeons.

In July 2013, Dr. Shum joined the faculty of The University of Texas Health Science Center at Houston (UTHealth) School of Dentistry with a primary focus on the management of pathology and reconstruction.

This speaker has disclosed the following: Consultant for Synthes/JNJ.
Speaker Discloser Mitigation: All reported relevant conflicts of interest have been mitigated by the organizing committee as of 11/15/2021 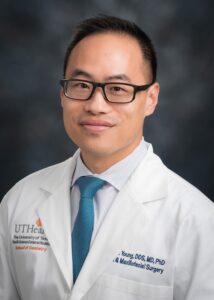 Dr. Young realized there is a real need for innovative new approaches to treating oral squamous cell cancer. He decided to pursue postdoctoral fellowship training with Dr. David Mooney at the Harvard University School of Engineering and Applied Sciences, and was awarded a NIDCR K99/R00 Dentist Scientist Pathway to Independence Award to investigate the use of “immunoengineering” approaches to treat oral cancer.

In 2015, Dr. Young returned to the Department of OMS at UTHealth as an Assistant Professor where his research involves the development and characterization of biomaterials-based platform technologies focused in two areas relevant to oral & maxillofacial surgery: cancer immunotherapy and craniofacial tissue regeneration. The focus of his NIH-funded current research in immuno-oncology is to develop novel material-based immunotherapies for the treatment of head and neck cancer and explore mechanisms of how this approach may synergize with other modalities of treatment, such as chemo/radiation therapy.

This speaker has disclosed the following: Consultant for Proteocyte Diagnostics.
Speaker Discloser Mitigation: All reported relevant conflicts of interest have been mitigated by the organizing committee as of 11/15/2021 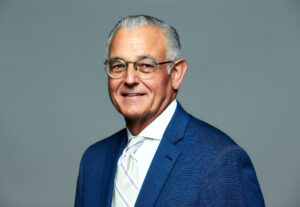 Dr. Ruggiero received his DMD degree from Harvard Dental School and his MD degree from Harvard Medical School. He completed his Oral and Maxillofacial Surgery residency at Massachusetts General Hospital in Boston. He received his Oral and Maxillofacial Surgery board certification in 1994 and confirmed as a fellow in the American College of Surgeons in 2010.

Dr. Ruggiero practices the full scope of pediatric and adult Oral and Maxillofacial surgery that includes dental implant reconstruction, jaw reconstruction and the treatment of patients with facial cleft deformities. Dr. Ruggiero has a special interest and expertise in the management and surgical treatment of traumatic trigeminal nerve injuries and osteonecrosis of the jaw. He has chaired the AAOMS task force on medication related osteonecrosis of the jaw since 2007.

This speaker has disclosed the following: Consultant for Amgen.
Speaker Discloser Mitigation: All reported relevant conflicts of interest have been mitigated by the organizing committee as of 11/15/2021